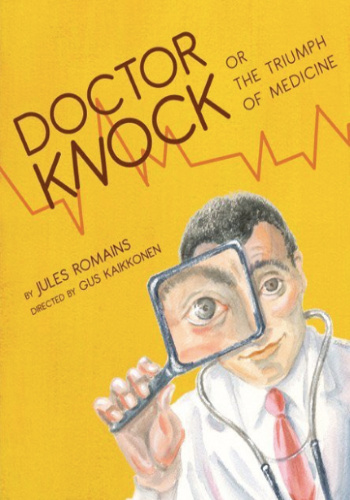 Dr. Knock or The Triumph of Medicine

By Jules Romains
Translated and Directed by Gus Kaikkonen

Health care reform of a darkly comic kind drives DR. KNOCK, OR THE TRIUMPH OF MEDICINE, Jules Romains’ tart 1923 satire of the medical profession. The play, which Mint Theater revived “with consummate savoir-faire”1 in 2010, proved once again “that one of the best ways to be topical is to look to the past”2

DR. KNOCK, OR THE TRIUMPH OF MEDICINE first opened in Paris in 1923. The play ran for an unprecedented five years and remained widely read and revived in France. The play made its New York premiere in 1928 but disappeared from the American consciousness until Gus Kaikkonen helmed his own translation of the play in 2010.

“Jules Romains’s DR. KNOCK, OR THE TRIUMPH OF MEDICINE is as funny as a play can be. It’s also as scary as a play can be. The Mint Theater Company’s New York production does full justice to both aspects,”3 hailed Bloomberg theater critic, John Simon. The New Yorker echoed this sentiment, claiming “Thomas M. Hammond is superb in the lead role, calculating and charismatic. The rest of the cast, most playing multiple parts, provide astute comic support, and Gus Kaikkonen directs with aplomb.”4

Romains ranked among the most produced playwrights in the world during the 1930’s, alongside Shaw and Pirandello.  His most famous work, the 27 volume novel Men of Good Will, is comparable to the works of Zola and Proust in scale and ambition.  Romains believed it was the duty of the twentieth century writer “to discover beneath the appearances of the modern world a spiritual reality more profound than he ever before has tried to find.”

Romains began his writing career as a poet, publishing his first volume of poems, La vie unanime, in 1908.  They outlined his new philosophy of Unanimism, which he developed while wandering the streets of Paris.  In Unanimism, Romains envisioned “the interconnectedness of all people, that groups possess a sort of collective soul, generated by disparate individuals who make up the group,” according to biographer Susan McCready.  Unanimism influenced a generation of avant-garde thinkers and artists.

The precepts of Unanimism also inspired Romains’ own work in other genres, namely plays and novels; he was particularly fascinated by conflicts between group and individuals.  In his first play, the verse drama L’Armée dans la ville, a town resists invasion through collective effort.  Jean Musse (1930), an eerie predictor of World War II, examines the struggle between an earnest everyman and a fascist government.  Donogoo (1931) shows a group of wily investors hoodwinking the public into a Ponzi scheme surrounding an imaginary city called Donogoo—then everyone is trumped when the imaginary city becomes real.

During World War II, Romains and his wife fled France.  The Gestapo ransacked their apartment, destroying many of their personal papers.  Romains traveled throughout the United States and Mexico, teaching at various universities. From 1936 to 1939, Romains served as President of PEN, the international writers’ association.  In 1946, Romains was elected to the Académie Française, the pre-eminent body governing the French language.  He moved back to France, living out the remainder of his life as a respected man of letters.

Though Romains achieved great acclaim across various genres, toward the end of his life he remarked, “It is a source of great regret to me that no one has ever valued my poetry higher.”  He died in Paris at the age of 86

“It’s a play that once again proves that one of the best ways to be topical is to look to the past.” 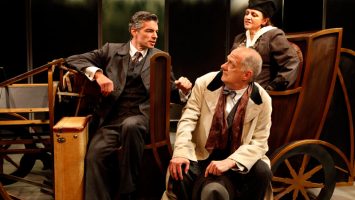 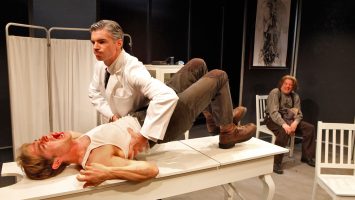 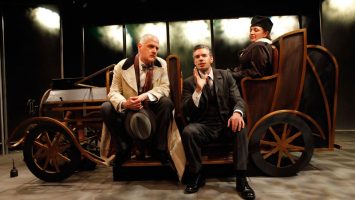 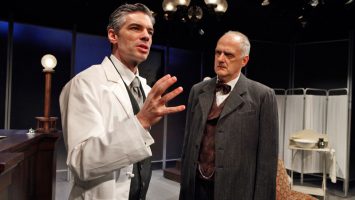 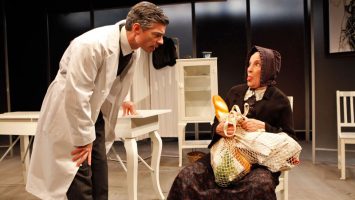 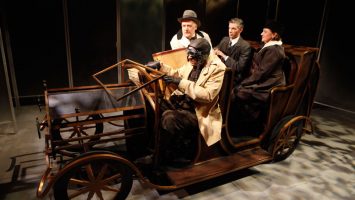 Jeanine Parisier Plottel is Professor Emeritus at Hunter College & The Graduate Center, CUNY, and former chair of the Hunter Department of Romance Languages, is the author of many articles and books in both French and English. The French government has decorated her twice for her contributions to French Language, Literature and Culture. She serves on several boards, including Barnard College, where she is a trustee, the Society for French American Cultural Exchange (FACE), the Columbia University Maison Française, and the NYU Institute of French Studies. She traces her intellectual genealogy to Jules Romains: her Ph. D. thesis advisor, friend, and mentor, Jean Hytier, was one of Jules Romains’s students.

JUDITH GRAVES MILLER: DR. KNOCK IN CONTEXT: A DISCUSSION OF THEATER IN FRANCE

Professor Judith Graves Miller is Chair of the Department of French at NYU and former Director of NYU in Paris from 1998-2003. Dr. Miller specializes in Francophone Literature (particularly theater). Professor Miller has done extensive work in 20th century French theater: Theory, Production and Text and is recognized as a leading authority on Francophone theater. In this discussion, she focuses on theater in France when Knock was first written and produced.

TOM BISHOP: JULES ROMAINS AND DR. KNOCK: THE BEST OF EUROPEAN THEATER IN THE 1920'S

Tom Bishop is Florence Gould Professor of French Literature at NYU and Director of NYU’s Center for French Civilization and Culture. His many publications include From the Left Bank: Reflections on the Modern French Theater and Novel, Remembering Roland Barthes: 20 Years Later, and L’Avant-garde thétrale: French Theater Since 1950. His writings on contemporary theater and on France and French-American relations have appeared in Le Monde, The New York Times Book Review, Yale French Studies, and elsewhere. Professor Bishop has been awarded the Grand Prize of the Académie Francaise and been named Officer of the French Legion of Honor, Commander of the French Order of Merit, and Officer of the French Order of Arts and Letters.

Romains believed that life does not revolve around the individual but rather his place within the structure of contemporary society. His poem La Vie Unanime, like all of his subsequent writing gave expression to this newborn philosophy of “Unanism.” Professor Daniel Gerould explains Romains’ idea and discusses our play in this context.

ALEXIS SOLOSKI: FEIGNED ILLNESS, A DISCUSSION OF THEATER AND MEDICINE

Alexis Soloski is a theater critic at The Village Voice and a contributor to The Guardian, The New York Times and BBC Radio. She is completing a dissertation at Columbia University, entitled Feigned Illness: Drama and Disease, which examines the interrelation of theater and medicine and locates the theaters themselves as fraught spaces in which both ideas and diseases can circulate.

Dr. Terry Perlin is a consultant on medical ethics. He is the author of Clinical Medical Ethics: Cases in Practice (Little, Brown and Co.). He has been a faculty member at Williams College (MA); and a Professor of Interdisciplinary Studies and a Research Fellow at Scripps Gerontology Center at Miami University (OH), and has held appointments at the University of Cincinnati College of Medicine and the University of California, San Francisco.

« So Help Me God!
Wife To James Whelan »