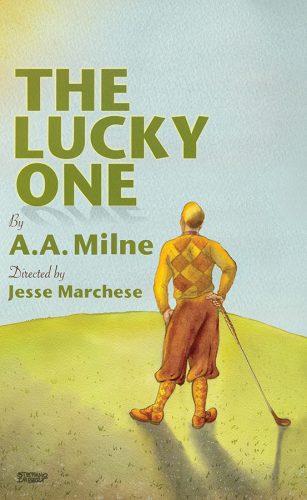 THE LUCKY ONE followed MR. PIM PASSES BY and THE TRUTH ABOUT BLAYDS as Mint’s third production by A.A. Milne—best remembered today as the creator of Winnie the Pooh. The play tells the timeless story of antagonism between two brothers: Gerald, who stands in the sun and Bob, who stands in Gerald’s shadow. When Bob finds himself in serious legal trouble, he turns to Gerald for rescue. When Gerald fails to come through, years of simmering resentment boil over in a confrontation that is as stirring as it is surprising.

First published in 1919, THE LUCKY ONE was produced on Broadway by the Theatre Guild in 1922—Milne’s sixth Broadway production in less than two years. “Few plays have ever been more directly and deeply searching of the springs of conduct, more subtle in depicting essential character,” hailed John Corbin of the New York Times, calling it “a play of quite extraordinary delicacy and soundness of feeling.”

Ninety-five years later, our production of THE LUCKY ONE reminded New York theatergoers of Milne’s remarkable skill as a playwright. “Milne navigates through bright, silly golf jokes to serious issues of responsibility and regret,” noted The New Yorker, praising the play’s “unexpected truths and complexities.”1 Michael Portantiere of Talkin’ Broadway described THE LUCKY ONE as “a serious, incisive piece that could not be further in tone or subject matter from the gentle, childlike whimsy of Milne’s tales of Pooh and the goings-on in the Hundred Acre Wood.” He went on to call THE LUCKY ONE “so good a play that it’s hard to understand why it’s so rarely revived and isn’t considered at least a minor classic.”2

At once ironic and fanciful, the work of A.A. Milne spanned novels, light verse, essays, and children’s literature. Yet beyond his beloved Winnie-the-Pooh books, Milne wrote over two dozen plays marked by “enchanting ingenuity” (E.V. Lucas), skillful craftsmanship, and subtle wit. Peering beneath the polite surfaces and semblances of English life, Milne concealed a serious and penetrating eye under a charmingly light touch.

The youngest son of educator John Vine Milne, Alan Alexander Milne was born in London on January 18th, 1882. He attended his father’s Henley House school, followed by Westminster School and Trinity College, Cambridge. Admired for his humorous verse and sketches, Milne became editor of Cambridge’s The Granta, and displayed so much promise in the pages of Punch that, at the age of twenty-four, he was promoted to assistant editor. With the advent of WWI, Milne departed Punch to serve as a signals officer with the Royal Warwickshire Regiment. During his training period, Milne devised his first play: Wurzel-Flummery, produced in the West End in 1917.

Milne’s breakthrough came with the sensational 1920 London premiere of Mr. Pim Passes By, followed by its 1921 production by the Theatre Guild. The Stage praised Mr. Pim as “one of the most delightful comedies (New York) has seen in many months,” and predicted that “Mr. Milne’s…future work will find a ready market in America and England.” Indeed, no less than three Milne comedies opened during the 1921-22 Broadway season: The Great Broxopp, The Dover Road, and The Truth About Blayds, for which Alexander Woollcott named Milne “the happiest acquisition the English theatre has made since it captured Shaw and Barrie.” Though increasingly saddled with a reputation for “whimsy,” Milne demonstrated his versatility with Broadway productions of The Romantic Age, and his 1917 play The Lucky One, produced by the Theatre Guild in 1922.

The 1924 publication of When We Were Young, followed by Winnie-the-Pooh (1926), marked a pivotal change in Milne’s fortunes. Immortalized by his creation of the Hundred Acre Wood, Milne was increasingly passed by as a writer for adults. Milne later reminisced in his Autobiography of his critical decline, “…The hero of my latest play, God help it, was ‘just Christopher Robin grown up.’” Enjoying his last stage successes in the late 1920s, Milne’s career in the theatre gave way to fiction and essays. He died on January 31, 1956. By this time, his children’s books had sold some seven million copies, though much of Milne’s other writing languished out of print.

With its 2004 production of Milne at the Mint—an effervescent pairing of Mr. Pim Passes By with The Truth About Blayds—Mint Theater memorably restored Milne to the stage’s spotlight. Wilborn Hampton commented in The New York Times, “Seeing Mr. Pim and Blayds in repertory reveals Milne as an able craftsman with a droll sense of humor whose work maintains a valid theatrical vitality.” 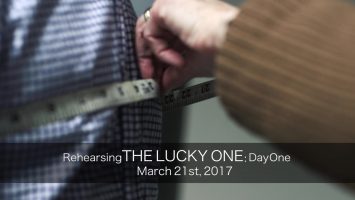 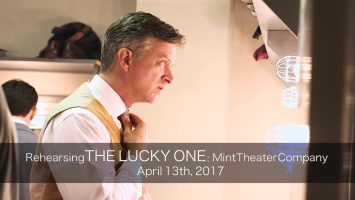 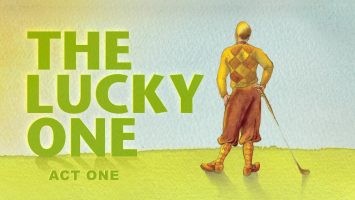 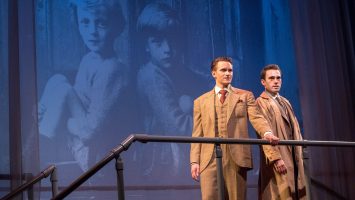 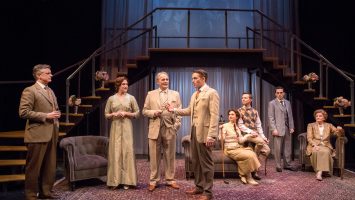 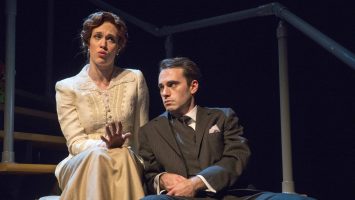 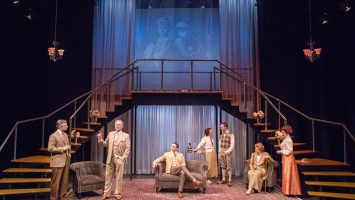 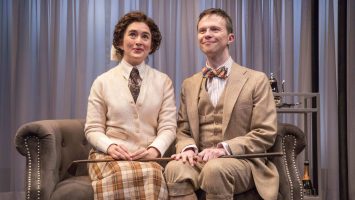 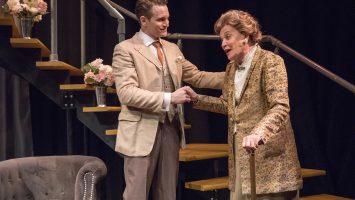 Director Jesse Marchese and his design team will talk about the process, the production and the play—and answer your questions.

Jeanne Safer, PhD is a psychotherapist who has been in private practice for over forty years, and the author of six acclaimed and thought-provoking books on neglected psychological issues including The Normal One: Life with a Difficult or Damaged Sibling and Cain’s Legacy: Liberating Siblings from a Lifetime of Rage, Shame, Secrecy and Regret. She has appeared on television (“The Today Show,” “Good Morning America,” and “CBS World News Tonight”) and contributed articles to The New York Times, The Washington Post, The Wall Street Journal, and other publications. Dr. Safer’s discussion will focus on the play’s depiction of a sibling rivalry.

'As Charming as Usual?' A.A. Milne and The Lucky One
MAYA CANTU, THEATER HISTORIAN AND DRAMATURG

Maya Cantu is a theater historian, scholar, and Dramaturgical Advisor for the Mint. She received a D.F.A. in Dramaturgy and Dramatic Criticism at Yale School of Drama, and is a member of the Drama faculty at Bennington College. Maya is the author of the book, American Cinderellas on the Broadway Musical Stage: Imagining the Working Girl from “Irene” to “Gypsy.” Her discussion will focus on the life and work of A.A. Milne, and on the contexts and influences informing The Lucky One.

« Yours Unfaithfully
The Suitcase Under the Bed »