In 1958, just as the “Angry Young Man” began to rage on British stages, railing against establishment hypocrisy, Granada Television broadcast Mary Broome—and critics were astounded by angry young Edwardian Leonard Timbrell.  “A blood brother to George Dillon and Jimmy Porter,” declared theLondon Times critic, comparing him to the protagonists of John Osborne’s searing Look Back in Angerand Epitaph for George Dillon.  Robert Stephens, who had played George Dillon, portrayed Leonard on the broadcast—reinforcing the link.

In light of this comparison, Patricia Denison, Director of Undergraduate Studies in Drama and Theatre at Barnard College and editor of John Osborne: A Casebook, will discuss Leonard as antecedent to the “Angry Young Man.”  Join us for this thought-provoking comparison of two surprisingly similar eras and dramatic traditions. 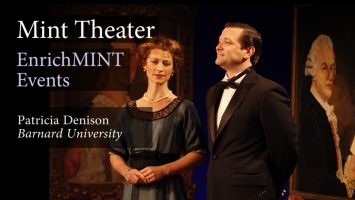