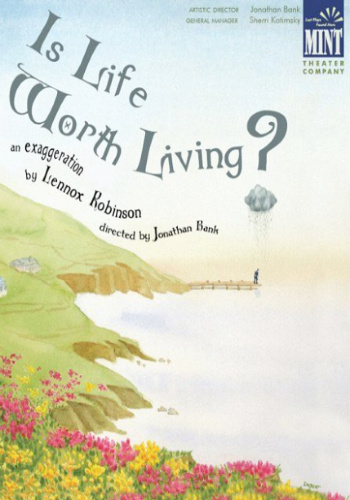 Is Life Worth Living?
(AKA Drama at Inish)

Lennox Robinson’s IS LIFE WORTH LIVING? (aka DRAMA AT INISH) is a gloriously goofy comedy that imagines the impact a steady diet of serious drama might have on the amiable residents of a seaside town in Ireland. In 2009 the play was delivered to New York audiences for the first time in 75 years.

A prolific playwright and one-time manager of Ireland’s renowned Abbey Theatre, Robinson was equally adept at comedy and tragedy, a talent that shines through the poignant laughter of IS LIFE WORTH LIVING? A bright comedy for dark times, the play was first seen on Broadway in 1933. Mint Theater re-introduced the Irish farce to New York in a production that brimmed with “shining talent and smartly executed craft.”1

Robinson began to write poetry in his teens, vaguely dreaming of a career as a poet or musician.  In 1907, when he was 20, he saw a touring production of the Abbey Theater.  The performance changed his life.  He was promptly inspired to write his first play, The Clancy Name, a realistic drama about a patrician Irish family willing to destroy itself so its good name can be preserved.  The play was produced at the Abbey in 1908 and caught the attention of W.B. Yeats, who promptly hired Robinson, despite his youth and lack of experience, as the theater manager.  Yeats felt that running a theater was the best education Robinson could have as a playwright.

Robinson was a key figure in the Irish theater for decades.  His comedy “The Whiteheaded Boy” was second only to “Playboy of the Western World” as the most performed play in Ireland.  The author of more than 30 plays, his style defies categorization; during his prolific career, Robinson penned comedies, tragedies, radio plays, poetry, an historical novel, and short stories. 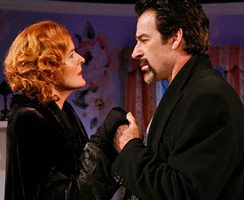 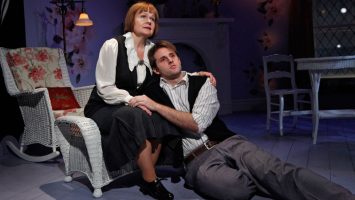 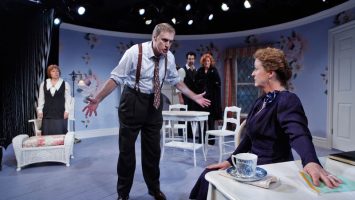 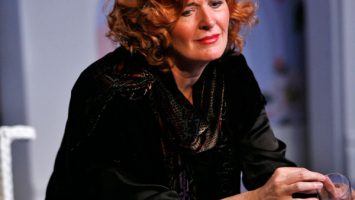 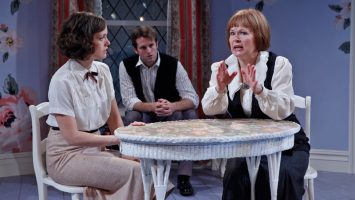 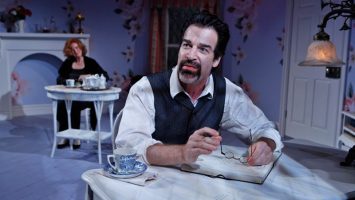 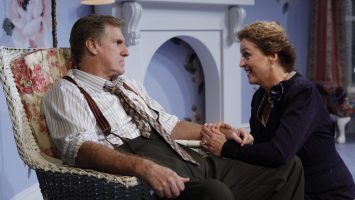 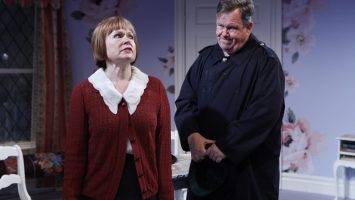 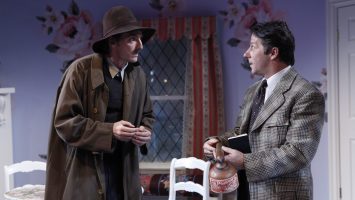 Vincent Dowling reminisces about meeting Robinson and discusses his own experience of acting in Robinson’s plays at the Abbey and elsewhere.

NANCY E. RAFTERY: THE PLAY AS AN AUTOBIOGRAPHICAL TEXT

Lennox Robinson was a founding member of the Dublin Drama League, a group who aimed to bring continental European drama to Ireland, at a time when the Abbey Theatre performed only native Irish works. In this play, we can see Robinson’s own struggle to open up the repertoire.

Nancy E. Raftery is a member of the English faculty at Camden County College. While a graduate student in Irish Studies at Boston College, she participated in the Abbey Theatre internship program, and her MA thesis focused on Robinson’s career as a playwright, producer and player.

Our comedy takes a lighthearted look at a serious issue. This discussion considered whether there is any underlying truth to the play’s “exaggeration” about the ways that art and culture can impact on our mental health.

Wendy Brennan is the Executive Director of the National Alliance on Mental Illness, New York City (NAMI) and Easy Klein is the host of Mental Health Update, NAMI-NYC’s cable television program. The National Alliance on Mental Illness of New York City Metro, Inc. (NAMI-NYC Metro) is a grassroots organization that provides support, education and advocacy for families and individuals who live with mental illness.

The De La Mare Repertory Company performs great works from the Russian and Scandinavian Drama for the people of Inish in Lennox Robinson’s comedy. Professor J. Ellen Gainor of Cornell and co-editor of the Norton Anthology of Drama enhance the play-going experience by summarizing the plots of various Ibsen, Strindberg and Chekhov dramas, while also discussing the impact that those works had when they were first produced.

J. Ellen Gainor is Professor of Theatre, Film, and Dance and Associate Dean of the Graduate School at Cornell University. She has written extensively on British and American drama of the 19th and 20th centuries and also lectures regularly at professional theaters across the United States, in Canada, and abroad.

In IS LIFE WORTH LIVING, Robinson shows the powerful influence that the theater has over the inhabitants of Inish, a small, seaside town in Ireland. Does he exaggerate the power and influence of the theater and the arts in general over our daily lives? Professor Martin Meisel explores this provocative question.

Robinson played an important role at the Abbey Theater for nearly his entire professional life, beginning in 1909 when he was made manager of the company at the tender age of 23—and in turn, the work of the Abbey played a critical role in Robinson’s development as a playwright. Robinson wrote the first history of the Abbey, covering the first fifty years.

John P. Harrington is the author of The Irish Play on the New York Stage and editor of the Norton Anthology of Modern Irish Drama. John is Dean of the Faculty of Arts and Sciences at Fordham University.

Amy Stoller and director Jonathan Bank invite audiences to The Irish Rogue for a delicious Irish breakfast and an enlightening discussion on the use of Irish dialect in our production.

PROFESSOR CHRISTOPHER MORASH: THESE PLAYS BEGAN TO PUT IDEAS INTO OUR HEADS

Christopher Morash is the Head of the School of English, Drama and Media Studies at National University of Ireland, Maynooth. He is the author of A History of Irish Theatre 1601-2000, winner of the 2002 Theater Book Prize. Professor Morash conducts a post-show discussion, a pre-show lecture and a lecture offsite at the Glucksman Ireland House, co-presented by the Mint and NYU.

IS LIFE WORTH LIVING? is a rarity in Irish theatre of the 1930s: it is a play that acknowledges, somewhere off in the wings, the greats of modern drama: Ibsen, Chekhov, and Strindberg. However, it does so with Robinson’s characteristically level gaze:

“Those plays changed the current of my life,” reports Hector De La Mare
“Did they change Cork?” asks one of the town elders.
“They did not” is Hector’s prompt reply.

Robinson’s play manages not only to provide its audiences with a finely crafted theatrical experience; it prompts us to ask about what that experience means for the way we live our lives.

Lennox Robinson was a central figure in the life of the Abbey theatre over four decades; the author of a series of intelligent, witty plays that probe the ways in which powerful ideas can unsettle ordinary life. Today, however, even his best work is seldom staged. During a delicious two-course meal at Etcetera, Etcetera Professor Christopher Morash takes a brief look at why Robinson’s work has become part of a submerged tradition in Irish theatre, and why, in post-Celtic Tiger Ireland, it may well be time he was rediscovered.

There is a tendency in Irish cultural history to see the decades after 1926 as a period in which Ireland pulled down the shutters, and went into hibernation. In this reading, the period of intense globalization of Irish culture over the past decade appears as an abrupt discontinuity. However, recent work on the middle decades of the twentieth century suggests that Irish culture in the 1930s and 1940s was more complex, more multiple, and more open than the prevailing view suggests, and consequently that it is possible to trace lines of continuity from the present back to the earlier period. In this regard, Robinson’s IS LIFE WORTH LIVING? emerges as a key play of the period, staging an Irish encounter with modernist European theatre in ways that suggest an audience who saw themselves within a wider world republic of letters.

« The Widowing of Mrs. Holroyd
So Help Me God! »