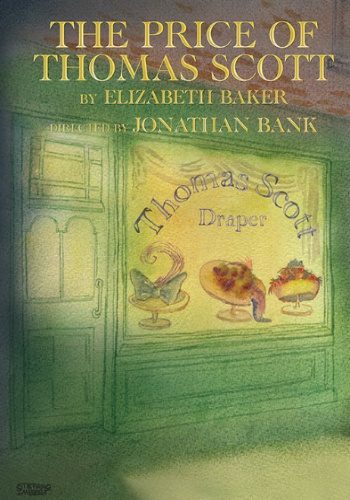 The Price of Thomas Scott

Mr. Scott and his wife, son and daughter have long hoped to sell the declining family business so they can pursue dreams now out of reach. When a buyer finally appears and makes a rich offer—Scott hesitates—he doesn’t approve of his buyers plans for the building.

“You can’t be responsible for what other people do with your shop or your house when they buy it from you,” his daughter protests, but Thomas Scott is not so certain. The Price of Thomas Scott poses probing questions about prejudice, principles, pretense and progress. “How far should conscience take you?” is the line that father and daughter, wife and son, and all the neighbors must wrestle with in Elizabeth Baker’s intriguing and unsettling drama which asks many questions but answers none.

“It’s easy to see what drew the Mint Theater Company, that esteemed excavator of long-forgotten works, to The Price of Thomas Scott…tantalizingly thorny issues of faith, hypocrisy, sacrifice and selfishness.”  The New York Times

With The Price of Thomas Scott Mint Theater Company launches its most ambitious undertaking since the inauguration of the Teresa Deevy Project in 2010. “Meet Miss Baker” will bring new attention to this long forgotten, much deserving author. We will follow The Price of Thomas Scott with overlapping productions of two Baker plays at two theaters within Theater Row in the summer of 2020.

Catapulting from office typist to “one of the most widely discussed playwrights in England” (The Christian Science Monitor), Elizabeth Baker startled her contemporaries with the realist landmark Chains (1909). In this and the twelve produced plays that followed, Baker focused extraordinary attention on the lives of London’s clerks, shopgirls, and suburban strivers. Drawn in her life and work to themes of wanderlust, Baker wrote plays that incisively explore the constraints of class, gender, and social convention upon individual agency, while centralizing the ambitions and desires of working women.

Born to a family of drapers in Paddington, London on August 20, 1876, Baker (whose birth name was Gertrude) grew up amid a large step-family in the suburbs of west London. In 1883, Baker’s widowed mother, Elizabeth Reavell, remarried master draper George Robert Collett—and assumed an enterprising new role running her second husband’s business. At the age of fourteen, Baker worked as an assistant in her parents’ shop, while writing “little things” and short plays in her spare time. Soon after, she found employment as a London shorthand clerk and typist, later working in the offices of The Spectator.

Characterized in the press as an untrained “girl-novice,” the thirty-two-year old Baker created a theatrical sensation with her first full-length play, Chains. First presented by the Play Actors in 1909, and then by Charles Frohman at the Duke of York’s Theatre, Chains focused on lower-middle-class characters longing to break away from routines of work and marriage, with clerk Charlie Wilson looking to new horizons in Australia. Baker earned praise for her “keenness of observation, her powers of drawing characters from the life, and her gift of writing dialogue that is natural and unforced” (The Field). The Bystander called Chains “one of the greatest plays that has been produced in this country for many a long day.” Baker, meanwhile, continued in her work as a typist.

Baker followed Chains with a versatile range of challenging and original plays that premiered on the stages of England’s repertory theaters, as well as in the West End. These included Edith (1912), a one-act feminist comedy for the Women Writer’s Suffrage League; the comic drama The Price of Thomas Scott (1913, Gaiety Theatre, Manchester); and her scintillating business-world comedy Partnership (1917, Court Theatre). Long independent, Baker also found mid-life romance with James Edmund Allaway, a widower who worked in the upholstery trade; she married him in 1915, at the age of forty. In 1922—echoing themes in Chains—the pair emigrated for two years to the Cook Islands; and at Australia’s Sydney Repertory Society, Baker premiered an early version of her controversial satire Bert’s Girl (produced in 1927 at the Court Theatre).

Despite receiving glowing reviews for the tragicomic Penelope Forgives (1930), Baker faced declining production prospects in the early 1930s. Her career as a professional playwright apparently concluded with the one-act One of the Spicers (1932). Following the death of her husband in 1941, Baker moved from her longtime family home in Bedford Park to Bishop’s Stortford, Hertfordshire, where she lived with a stepsister. Four ITV Television Playhouse adaptations of her plays appeared between 1959 and 1961. These broadcasts brought “Mrs. Gertrude Allaway, an eighty-four year old widow” (The Daily Mirror) a small measure of renewed recognition, half a century after The Guardian described Elizabeth Baker as a “widener of frontiers.” She died in Hertfordshire on March 8, 1962. 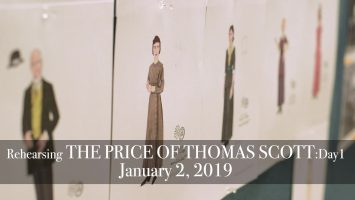 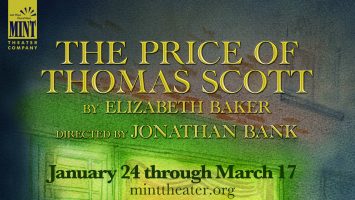 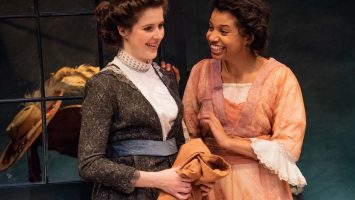 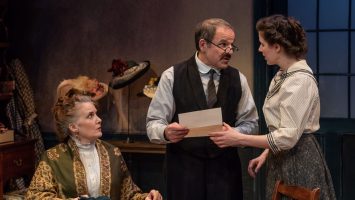 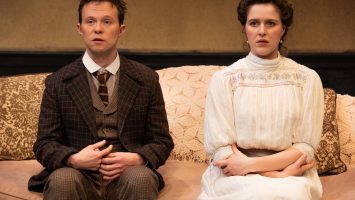 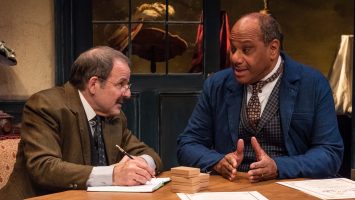 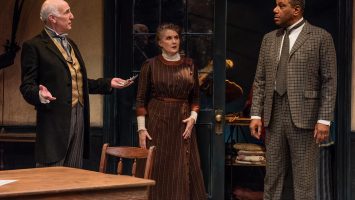 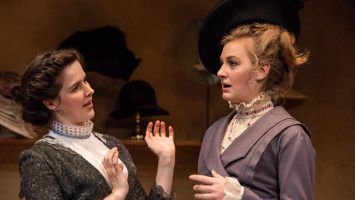 “Do you really want to go away?” Elizabeth Baker--her life and work.
Maya Cantu, Bennington College

Cantu is on the Drama Faculty at Bennington and Dramaturgical Advisor to the Mint. She received a D.F.A. in Dramaturgy and Dramatic Criticism at Yale School of Drama. Her book American Cinderellas on the Broadway Stage: Imagining the Working Girl from “Irene” to “Gypsy” is now available through Palgrave Macmillan.

Professor Robb will talk about Nonconformists (or Protestants) at the turn of the last century in England. Robb received his PhD in History from Northwestern University. He was a Fulbright Scholar in the United Kingdom. His most recent books are British Culture and the First World War (Palgrave-Macmillan, 2015) and Ladies of the Ticker: Women and Wall Street from the Gilded Age to the Great Depression (University of Illinois Press, 2017).

“I forgot, you used to be a Puritan, Tom.” Thomas Scott’s Beliefs.
J. Patrick Hornbeck, Chair and Professor of Theology, Fordham University

Hornbeck teaches and writes on the history of Christianity, on religion in the contemporary U.S., and on the relationship of religion and law. A frequent commentator in the national press, Hornbeck is author or editor of eight books, including most recently Remembering Wolsey (Fordham University Press). He holds graduate degrees from the University of Oxford and attended Georgetown University as an undergraduate.

For more than three decades, Walkowitz, a British historian, has concentrated her research and writing on nineteenth-century political culture and the cultural and social contests over sexuality. Her latest book, Nights Out: Life in Cosmopolitan London extends her interest in the cultural and social history of London to mid-twentieth century.